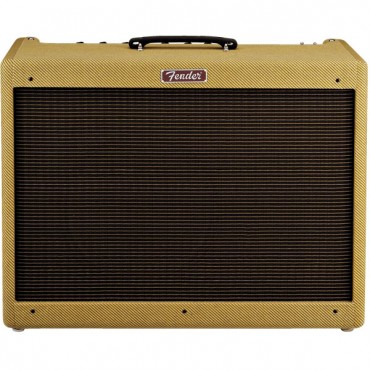 Fender '57 Bandmaster Vintage Reissue At a Glance:    - Handwired all-tube circuitry    - Sought-after tone    - Perfect complement for Strats and TelesHandwired all-tube circuitryThis all-tube combo amp has handwired circuitry and features the famed 5E7 circuit, which puts 26 watts into a trio of 10" Alnico-magnet speakers. Power comes from a pair of 6L6 output tubes and a 5AR4 rectifier. With this design, power amp compression or sag is more subtle than in many Fender tweed designs. The Bandmaster's preamp contains three high-gain 12AX7 tubes, three of which may be substituted with 12AY7s for the original '50s low-gain sound.The control panel details include normal and bright volumes, four inputs (two normal and two bright), treble, bass, and presence knobs.Sought-after toneThe '57 Bandmaster amplifier is the latest member of Fender's acclaimed Custom Series family. Its harmonically rich clean tones are great for vintage rock, blues, and country, and you can crank it up for fat, sophisticated distortion. The '57 Bandmaster's finger-joined solid pine cabinet resonates with a warm, woody tone. The amp is covered in genuine lacquered tweed and fronted with vintage brown/gold grille cloth. A leather strap handle on top and a fitted cover are included.Perfect complement for Strats and TelesKeith Richards once said that Fender guitars sound their best through Fender amps, and this is one of the finest Fender amps you'll find. From the handwired circuitry to the tube complement, any guitar will sound fantastic through the '57 Bandmaster. If you own a Strat or a Tele, you may not have realized the full potential of you axe if you haven't played through a Fender '57 Bandmaster.Fender '57 Band Reissue Features:    - All-tube amplifier using the classic 5E7 circuit    - Completely handwired chassis    - 26 watts into 2.6 ohms    - 3 x 10" Fender Special Design P10R-F speakers by Jensen with Alnico magnets   - Dual channels (normal and bright)    - 4 inputs (2 per channel)    Controls include presence, bass, treble, volume (bright channel), and volume (normal channel)    - Genuine lacquered tweed with striped oxblood grille cloth covering    - Solid finger-jointed pine cabinet    - 3 X 12AX7 tubes, 2 X 6L6 tubes, and 1 x 5AR4 rectifier tube..

The original Fender Deluxe of the 1950s was a medium-powered amp designed to let guitarists hold their own in small groups. As blues, western and rockabilly bands got louder and wilder, the overdriven tone of the cranked-up Deluxe found its way into countless smoking-hot live performances and recordings sessions.Over the past five decades, from Memphis, Tenn., and Austin, Texas, to Liverpool and Los Angeles and just about everywhere else, too, players of every style have prized the Deluxe for its unmistakably warm and rich tube tone. Originals are getting hard to find and continue to appreciate in the vintage collector's market, but players who enjoy the original tone, feel and vibe will love the '57 Deluxe. As part of Fender's prestigious Custom series of all-tube amps with hand-wired circuitry and premium components, the '57 Deluxe is also available in head form so you can use your favorite cabinet with it.Lower settings of the "chicken head" volume control result in harmonically rich clean tones perfect for authentic vintage rock, blues and country. Cranked up, the Deluxe's thick and wildly distorted tone is not only inspiring, but also just plain fun. And with all that that natural compression, it's a great recording amp, too..

More about Rumble™ 112 CabinetThe all-new Rumble Series is a mighty leap forward in the evolution of portable bass amps.Rumble Series speaker cabinets have been re-voiced to produce a superior level of sonic detail and low-frequency translation. And for even greater performance and convenience, all Rumble cabinets are equipped with Fender's patented Magnetic Rumble Head-Attachment System. Additional upgrades include Eminence® drivers and premium HF compression tweeters...

The Fender Blues Deluxe Reissue 40W 1x12" Combo Amp rocks”and not just for the blues! In 1993 Fender released the Blues series amps to great success and acclaim. These modern versions of vintage Fender amps from the '50s customized those designs with channel switching and reverb while retaining the vintage style and tone. When the series was updated, the extremely popular Hot Rod series was born and became a new standard in tube amplification. Now Fender has brought back the Blues designs to satisfy the increasing number of enthusiasts who continue to request the warm tone, unique circuitry, and vintage-style features and look of the original versions.

The Blues Deluxe Reissue, a reinterpretation of the classic Deluxe amp with a tube complement of 3 - 12AX7s and 2 - 6L6s produces 40W into a 12" Eminence special-design speaker with an all-tube preamp and power amp. It has Normal and Drive channels with independent Gain and Master for the Drive channel and a Bright switch for Normal channel. It also has an effects loop, reverb, presence, master volume, 3-band EQ, and Standby switch. Original Blues series styling includes a chrome control panel, vintage chicken head knobs, and, of course, genuine tweed covering. 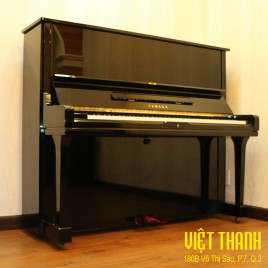 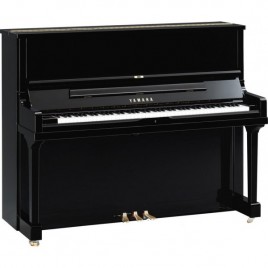 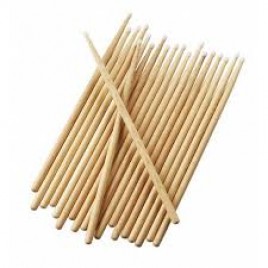 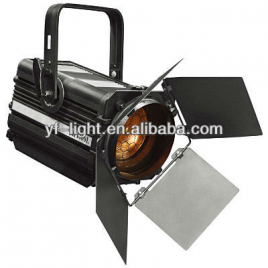 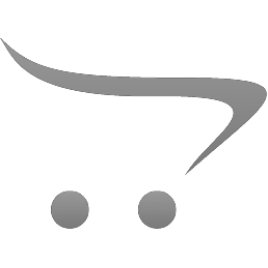 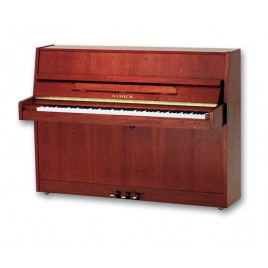 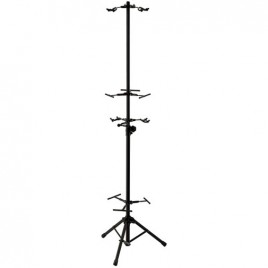 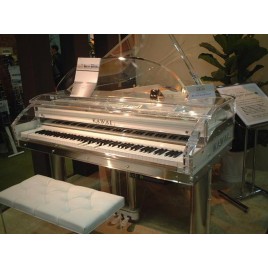 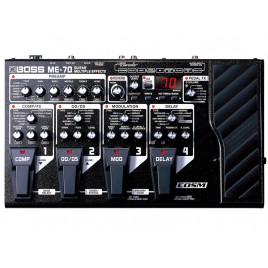 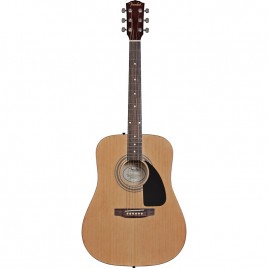