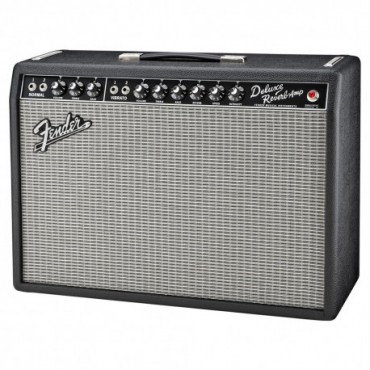 The Fender '65 Twin Reverb Amp is an authentic all-tube reproduction of the original classic! It has earned a reputation of being one of the cleanest tube amps ever, but it delivers a taste of the trademark Fender crunch when cranked up high. Delivers 85W through two Jensen 12" speakers. It has two channels, tube vibrato, tube spring reverb, tilt-back legs and Blackface cosmetics. Includes two-button footswitch to control reverb and vibrato effects. Order the optional Fender amp cover to protect your investment (see accessory box on this page).Designed to sound as close to the original as possible, the ˜65 Reissues are assembled in Corona, California and feature Jensen speakers (One C12K for the Deluxe and two C12Ks for the Twin, four P10Rs for the Super and one C10R for the Princeton), Schumacher transformers, traditional tremolo and tube-driven reverb to create that classic, "Blackface" sound so many players desire. They do have PCBs (Printed Curcuit Boards), as opposed to the original's "hand-wired" circuitry, but the components (capacitors and resistors) are the same values as amps from that period. They also have hand-wired tube sockets and other parts for added strength.Tonal Characteristics: Bright, scooped midrange that is known as the "Blackface" sound, pronounced "Wine Glass" highs from the Jensen speakers and a slightly more polite power amp for crystal cleans that can also be cranked for great overdriven tones.Who's it for: Players that love the original versions but are priced out of owning vintage amps, blues players, country players, rock players, guitarists trying to get classic "Blackface" sounds (a la Stevie Ray Vaughan, Jimi Hendrix, John Mayer), American-made amp enthusiasts, traditionalists, avid Fender collectors...

Inspired by one of the world’s foremost jazz guitarists, George Benson, the all-tube GB Twin Reverb amp produces rich, punchy tone with smooth attack and singing sustain. Dignified looks and refined sound combine with lighter weight in this dream stage amp. Benson demands punch, power and tonality from his equipment, and this dual-channel combo delivers all three with soul to spare.The GB Twin Reverb is an updated version of the venerable classic amplifier that has been tweaked to satisfy Benson’s discerning ears. The first tube on the Normal channel has been swapped for a 12AY7 tube, providing an alternate low-gain voice that’s ideal for smooth clean tone with complex midrange. Pristine definition is the name of the game with this amp—a pair of neodymium 12” 8-ohm Jensen® Tornado 12 speakers reproduces his dynamic attack, with shimmering highs and plenty of bite when overdriven. These speakers’ reduced weight, plus the addition of a resonant solid pine cabinet, means that working guitarists can enjoy a total weight reduction of 13 pounds. A quartet of powerful 6L6 power tubes power this amp, providing 85 watts of power with plenty of headroom for clean jazz tones.As refined as the music that inspired it, the GB Twin Reverb’s elegant smoky gray vinyl covering, silver sparkle grille cloth and front panel GB badge combine to create a dignified amplifier that looks equally at home in the living room or under stage lights. Sharp style and warm, round tone mixed with a surplus of sonic power and easy portability—the GB Twin Reverb is a player’s delight. Includes a protective cover...

Tweaked to the discerning tastes of U2’s renowned guitarist, The Edge Deluxe is the perfect complement to his signature sound. A stalwart Fender amp user for decades, this signature model is an updated take on the classic ’57 tweed Deluxe used to craft his sonic identity on stages and in studios around the world. Whether played clean or crunchy, this amp produces the tone and articulation of the vintage Fender Deluxe amps that are an important part of his complex multi-amp and effects setup.Voiced to match The Edge’s desire for a simple, highly dynamic design, this 12-watt hand-wired amp features modified circuitry for tighter low end response and high-impact tone. Extremely dynamic, this updated circuit reacts instantly to the guitar’s output volume and your picking dynamics to unlock a wide variety of amazing clean and overdriven tones that work well with almost any style of music. The distinctive voice of the coveted 12” Celestion® Blue speaker, with its smooth attack, warm lows, mellow upper midrange and bell-like high end, creates richly-defined tone with highly musical compression when pushed.As you’d expected from an amp with his signature logo on the front, The Edge Amp is extremely pedal-friendly, taking tone shapers of any type with ease, so you can use it as the foundation of your own sound. An exciting take on the classic Fender tweed formula, The Edge Deluxe is perfect paintbrush to create your sonic landscape...

Fender '57 Bandmaster Vintage Reissue At a Glance:    - Handwired all-tube circuitry    - Sought-after tone    - Perfect complement for Strats and TelesHandwired all-tube circuitryThis all-tube combo amp has handwired circuitry and features the famed 5E7 circuit, which puts 26 watts into a trio of 10" Alnico-magnet speakers. Power comes from a pair of 6L6 output tubes and a 5AR4 rectifier. With this design, power amp compression or sag is more subtle than in many Fender tweed designs. The Bandmaster's preamp contains three high-gain 12AX7 tubes, three of which may be substituted with 12AY7s for the original '50s low-gain sound.The control panel details include normal and bright volumes, four inputs (two normal and two bright), treble, bass, and presence knobs.Sought-after toneThe '57 Bandmaster amplifier is the latest member of Fender's acclaimed Custom Series family. Its harmonically rich clean tones are great for vintage rock, blues, and country, and you can crank it up for fat, sophisticated distortion. The '57 Bandmaster's finger-joined solid pine cabinet resonates with a warm, woody tone. The amp is covered in genuine lacquered tweed and fronted with vintage brown/gold grille cloth. A leather strap handle on top and a fitted cover are included.Perfect complement for Strats and TelesKeith Richards once said that Fender guitars sound their best through Fender amps, and this is one of the finest Fender amps you'll find. From the handwired circuitry to the tube complement, any guitar will sound fantastic through the '57 Bandmaster. If you own a Strat or a Tele, you may not have realized the full potential of you axe if you haven't played through a Fender '57 Bandmaster.Fender '57 Band Reissue Features:    - All-tube amplifier using the classic 5E7 circuit    - Completely handwired chassis    - 26 watts into 2.6 ohms    - 3 x 10" Fender Special Design P10R-F speakers by Jensen with Alnico magnets   - Dual channels (normal and bright)    - 4 inputs (2 per channel)    Controls include presence, bass, treble, volume (bright channel), and volume (normal channel)    - Genuine lacquered tweed with striped oxblood grille cloth covering    - Solid finger-jointed pine cabinet    - 3 X 12AX7 tubes, 2 X 6L6 tubes, and 1 x 5AR4 rectifier tube..

More about Rumble™ 112 CabinetThe all-new Rumble Series is a mighty leap forward in the evolution of portable bass amps.Rumble Series speaker cabinets have been re-voiced to produce a superior level of sonic detail and low-frequency translation. And for even greater performance and convenience, all Rumble cabinets are equipped with Fender's patented Magnetic Rumble Head-Attachment System. Additional upgrades include Eminence® drivers and premium HF compression tweeters...

The Fender '65 Deluxe Reverb Combo Amp has a sound big enough to cut through the muddiest mix, but it's small enough to turn up make the most of natural tube distortion in small clubs. This makes it the perfect studio amp, as well. It's a resurrection of a classic vintage tone monster, and its current iteration is used by many big-name bands, such as Flogging Molly, O.A.R. and Maroon 5. Crank up this faithful, U.S.-made reissue for your daily requirement of fat Fender tone. Delivers 22W through a 12" speaker. Features two channels (normal, vibrato), all-tube circuitry, tube vibrato, tube spring reverb, Blackface cosmetics and two-button footswitch to control the reverb and vibrato effects.

Designed to sound as close to the original as possible, the ˜65 Reissues are assembled in Corona, California and feature Jensen speakers (One C12K for the Deluxe and two C12Ks for the Twin, four P10Rs for the Super and one C10R for the Princeton), Schumacher transformers, traditional tremolo and tube-driven reverb to create that classic, "Blackface" sound so many players desire. They do have PCBs (Printed Circuit Boards), as opposed to the original's "hand-wired" circuitry, but the components (capacitors and resistors) are the same values as amps from that period. They also have hand-wired tube sockets and other parts for added strength.

Tonal Characteristics: Bright, scooped midrange that is known as the "Blackface" sound, pronounced "Wine Glass" highs from the Jensen speakers and a slightly more polite power amp for crystal cleans that can also be cranked for great overdriven tones. 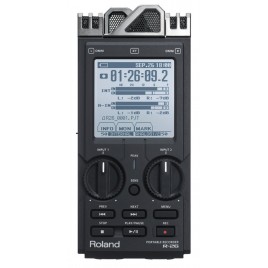 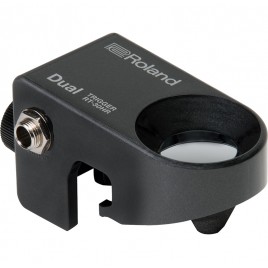 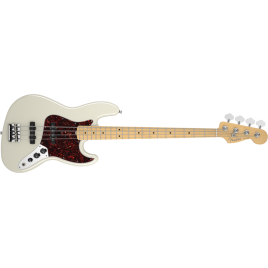 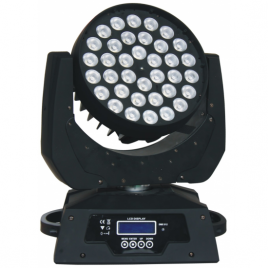 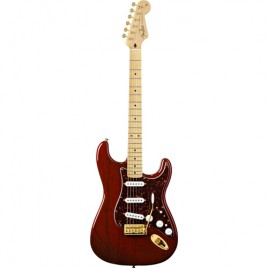 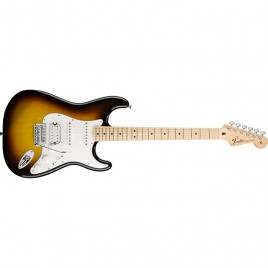 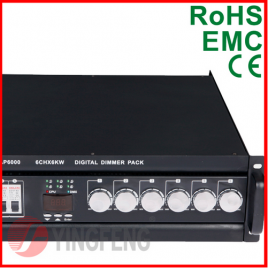 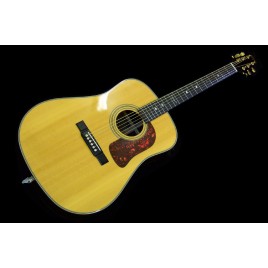 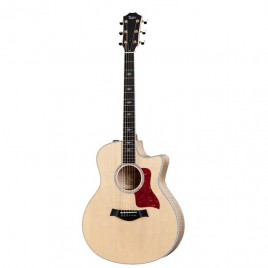 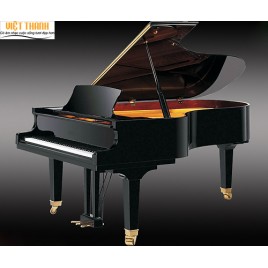